Rioned has big plans for 2017 with a strong focus on the future. By putting into use two new production workshops our company took the first step on the road to 2020. Because we have grown substantially over the last few years, production capacity was no longer sufficient to meet the increased demand. Rioned did not only invest in expanding the assembly hall, the number of technicians is also growing and currently there are several vacancies in our production department. To steer our growth in the right direction, we have already established Project Team 2020 last year. This team has the crucial task to optimize our capacity for the years to come. Meanwhile, we already took our first steps and put a second new space in use. With this, production will significantly increase and it enables us to further shorten delivery times for ordered machines.

We talk to Kees van Giersbergen, Production Manager at Rioned.

What is Project 2020? And what is the goal of this project?

“The goal of this project is to be able to meet current and future growth. Due to lack of sufficient room we have been working less efficiently and since we intend to grow even further over the next years, expansion was a necessary and logical next step.”

“The availability of two new halls behind the current building (instead of the one that was necessary anyway) makes the ball roll faster and we have decided to anticipate at once for the growth in the next 5 years. So, the scope of the project is also defined by the availability of these buildings. Otherwise we would have had to split up the total into several small projects. Now we can really be ambitious.”

“Previously, we worked on two different locations. Even though the building was within walking distance, having everything under the same roof makes us more efficient immediately. It also gives a stronger sense of unity which is just as important in the new logistical layout that is the common thread through the production departments. Also, the central warehouse has a much more efficient lay out.”

During the relocation and arrangement of new production workshops.

What will happen in the new buildings Rioned recently put in use?

“The new assembly halls will be used for the processing and production of small and medium-sized combination jetting/vacuum units, a product with a rising demand over the last few years. With the successful launch of a number of concepts such as the FlexCom, Unicom and most recently, the Urban Combi, expansion is necessary. Particularly in the UK and other major European countries, the demand for Rioned products has increased greatly. In the course of 2017 we are also expanding our testing area where all machines are tested thoroughly before they are delivered to the customer.”

What exactly is your role in Project 2020?

“The project team was appointed in early 2016. My role in this project is project manager. Furthermore, the project is divided into several sub-projects, each with a responsible manager.”

“In total the project is divided into six different phases. We are now working on phase 3, which is mainly about warehouse logistics, and stock supply around each work area. Phase 1 and 2 (the internal and external relocation of the Specials department) was already completed in late 2016.”

“In the summer of 2017 all phases should be completed, then we all are actually prepared for the growth we expect until 2020.”

“Today, most proposals for improvement to further growth come from our people themselves, because 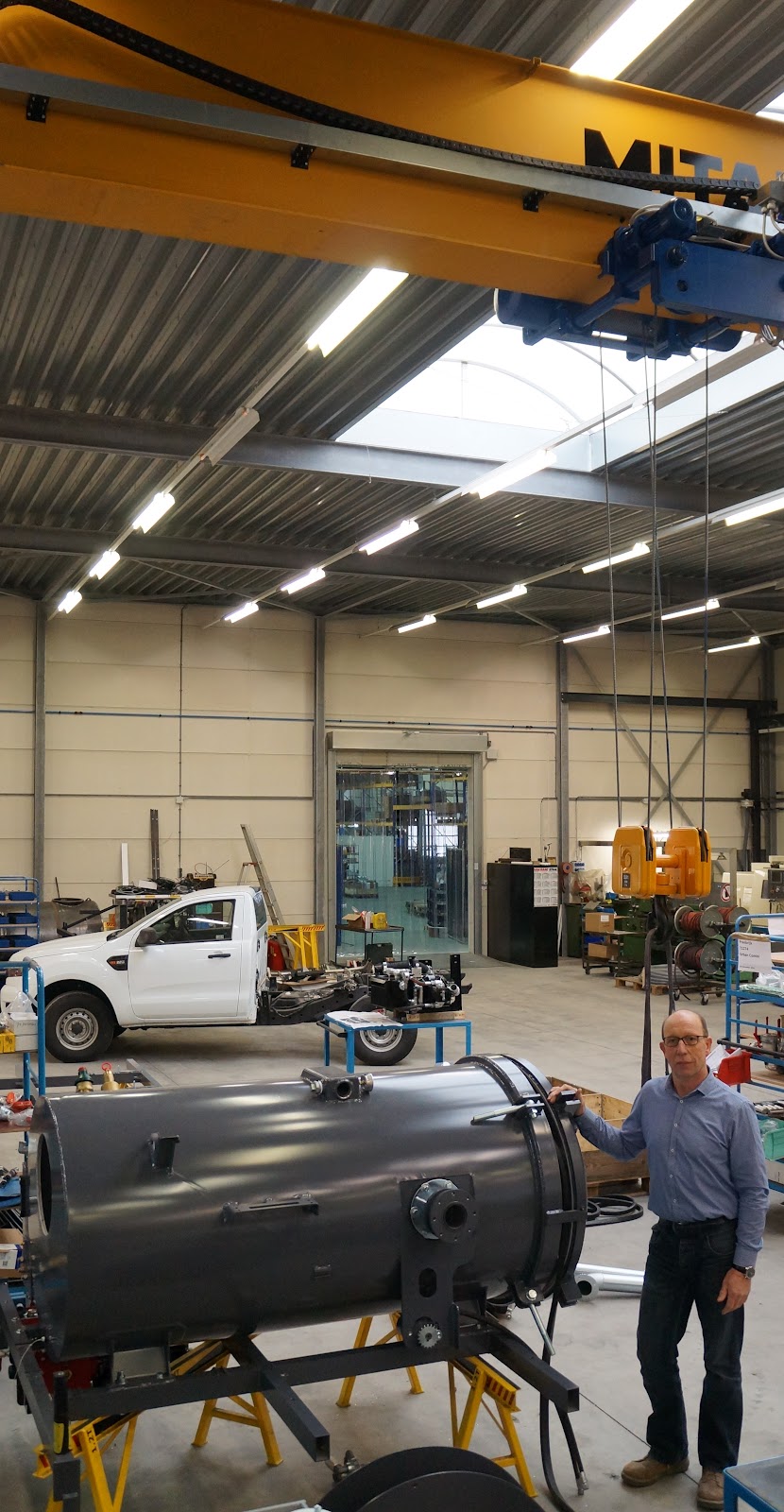 of what they deal with on a daily basis. Our corporate culture is really all about people taking initiative and that makes me really happy. This efficiency is a result of the LEAN project of seven years ago. At Rioned we constantly learn from implementing our own improvements and further optimization.”

How did the project evolve so far?

“In September 2015 we have already started preparing for the expansion and in January 2016 it was named Project 2020. The input and role of the project team was important to me from the very beginning. It is crucial to get input from all angles. Because of the thorough preparation we now run a streamlined project. Of course not everything runs as smoothly as we have hoped for. But everybody is working very hard to meet our deadline.”

When is Project 2020 completed successfully?

“When we reach our goals and especially when our employees are satisfied with the results. So together we can produce efficiently without disruptions, the supply of goods runs smoothly and without errors and we run a tight ship. Then we are truly ready for the future.”

Will Rioned be a different company then?

‘’We will be even more professional and hopefully our employees and customers will experience it that way.

By the ways and methods with which we conduct business, we will be able to meet the growing demand.”

Posted in Our team By

Rioned is also available in other languages: